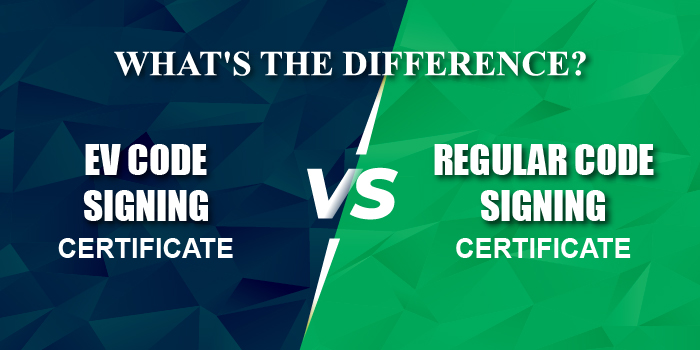 The introduction of malware in an organization’s IT infrastructure can be devastating, and in 2020 alone, over 64% of businesses experienced such breaches. Most of these incidents were caused by malicious apps or private key thefts — that explains why developers must use a code signing certificate and the correct type.

Unfortunately, most developers get confused between standard Code Signing vs EV Code Signing and end up picking the regular one while their project might actually need the EV certificate. After all, there is a thin line of difference between the two, and we’ll discuss that in a while.

Both regular and EV code signing certificates hallmark the software application’s integrity and security but do so in slightly different ways. Each has its strengths and weaknesses, which one must consider before making a purchase. While the regular one brings a cost-benefit, the extended validation (EV) offers higher validation and trust.

What is EV Code Signing Certificate?

How Does EV Code Signing Work? 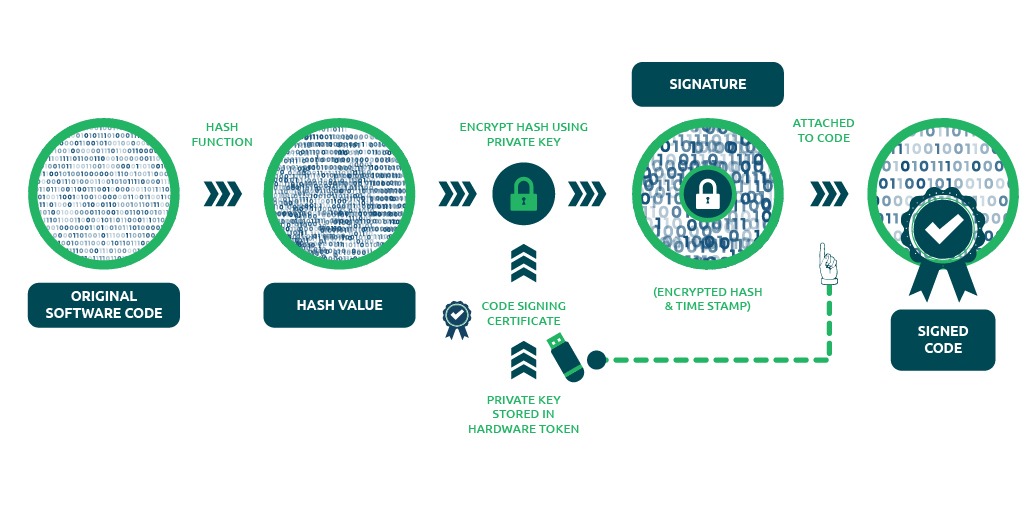 The EV code signing certificate is a high-end solution designed for mid-sized and large businesses. It begins with an application, which is followed by a detailed verification of the applicant’s business. Once complete, the CA issues one. As it involves detailed verification and requires the applicant to conform to the norms laid down by the CA and the browser forum, its issuance usually takes some time.

Once issued, the applicant can store the private key on the external hardware token and use it to sign the code or the executables throughout the certificate’s validity. The EV code signing process is undeniably far more secure than the standard code signing as it involves using a token on which the private keys are stored. So, the digital signature can only be applied by an individual who has access to the token, which makes it more secure.

This is in stark contrast to how the standard certificate’s keys are stored. Those are stored on the developer’s workstation, which makes them vulnerable to thefts and insider threats. This additional layer of security works exceptionally well for business owners trying to limit access to the private key, which helps prevent its misuse by insiders and external threat actors.

The EV code signing certificate offers a plethora of benefits in terms of security and credibility. We shall now discuss some of those now.

If you are familiar with SSL certificates, you’ll know the difference between organizational and extended validation. The latter requires a more in-depth verification and is rewarded with a much superior trust seal that end-users can see. The same applies to the EV code signing certificate, too and while you are at it, make it a point to get one from a reliable CA.

Unlike the standard code signing certificate, the EV works exceptionally well in keeping a tab on internal security issues because of the token. These internal issues refer to insider threats which 66% of organizations are paranoid about. After all, there has been a 46% spike in insider threats, including intentional and accidental acts by the firm’s employees and associates.

For example, an employee could steal and misuse the private key stored on the workstation, while another may accidentally download an attachment with malware in it. Such attachments can create a backdoor through which the key can be stolen and misused.

This has been witnessed in the Asus case of 2019 when an Asus OS update was packed with malware and digitally signed with the Asus’ private key. That blow was devastating for the tech giant and is something that every app or software developer must learn from. However, you don’t have to worry about it when you use an EV code signing certificate. As the key is stored on a token and not the workstation, its access is limited only to a few responsible individuals.

Over time, the number of cyberattacks launched on businesses has increased considerably, posing a severe threat to all your data, including the private key. If stolen, the private key could be misused to sign code and executables with malicious code in it. This is bound to happen when you store it on the workstation connected to the internet and your IT infrastructure. You can eliminate those risks by using an EV code signing certificate that lets you store the private key on a token and use it to sign executables as and when required.

What is Standard Code Signing Certificate?

The CA issues a standard code signing certificate and allows the developer to digitally sign the code and executables. This type of certificate is issued quickly and does not involve a comprehensive check of the business or its legal existence. Nevertheless, it binds the organization to the code or executable, which serves the purpose for many. In short, it does what it is supposed to do, but nothing beyond that and is therefore ideal for small and midsized development firms.

How Does the Standard Code Signing Work? 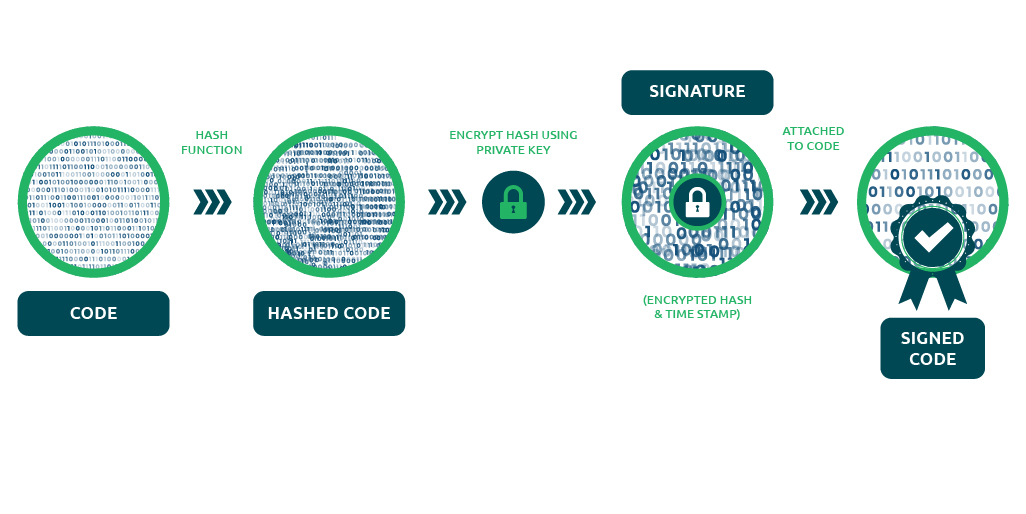 The standard code signing certificate is easy to procure and involves fewer formalities. Upon successful application, it is issued in under 24 hours, and an email link with the private key is emailed to the applicant. This is a string of code that can be stored on the Windows or Mac keychain and then be used to sign the code or the executables. It involves the use of the hash function to confirm the code’s authenticity.

The code Signing certificate is helpful for the authenticity of a code and assures end users that the software is safe to download. Below are some benefits of using a Code Signing Certificate.

Code Signing certificate ensures code integrity using a hash function. There are two hashes applied during the process of code signing. One hash is used at the time of signing a code and the other hash should be matched while downloading the software. If both hashes do not match, users will face a security warning during downloading. Also, the timestamp is there at the time of the signing process, which assures that the certificate is still valid in case of certificate is expired.

Code Signing establishes the reputation of a publisher as users can easily identify the name of a verified publisher during downloading. It assures users that the software is from a real publisher/developer and not a fake one. A signed code creates loyalty and trust from users and publishers sides. It removes the issue of tampered with or corrupted software and applications.

Once trust is established, users would like to purchase and download software/application/driver. Users can easily rely on signed code as they know that the publisher is real and verified. Even, small companies will have a sigh of relief about code authenticity, and they can distribute their software among customers.

Users will have a safe experience while using authenticated software code. There will be no security warning or installation failure while downloading software. There will be mutual trust between the software vendors and users and it also helps in an increase in downloads.