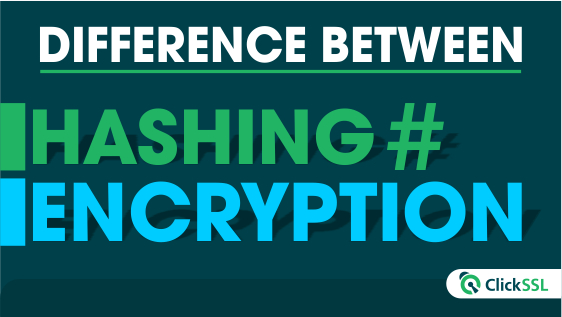 Hashing vs Encryption – What is The Difference?

Hashing vs Encryption – Hashing refers to permanent data conversion into message digest while encryption works in two ways, which can encode and decode the data.

Hashing is the process of changing a plain text or a key to a hashed value by applying a hash function. Usually, the input length is greater in size than the output hash value. Hashing is a one-way encryption process such that a hash value cannot be reverse-engineered to get to the original plain text. Hashing is used in encryption to secure the information shared between two parties. The passwords are transformed into hash values so that even if a security breach occurs, PINs stay protected. We have already shared information about Hashing Parameters which you can read. 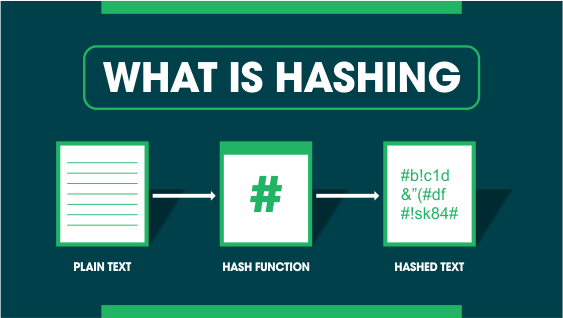 How Does Hashing Work?

The following are the most used hashing functions:

After finding severe security issues in MD4 – MD5 came as an advanced form of MD4. MD5 generates 128-bit outputs for a variable length of inputs. As a successor to MD4, it covered a lot of security threats but failed to provide full data security services. Though widely used, the main issues being raised with the use of MD5 are its vulnerability and collisions.

SHA means Secure Hashing Algorithm; it was developed for the first time by the National Security Agency. This algorithm got updates repeatedly to improve security flaws in the old genre. Now, SHA-2 is being used by many firms for cryptographic purposes.

The Tiger cypher algorithm is a faster and more efficient algorithm in comparison to the MD5 and SHA families. It has a 192-bit hashing system and is mostly used in computers of the new era. Tiger2 is an advanced form of this algorithm that is even more powerful than the Tiger algorithm.

Message Digest Algorithm (MD4) is a cryptographic hash function carrying a 128-bit digest. MD4 had a security flaw due to the first collision attack found in 1995. After that, a few newer attacks also affected this hash function. Ronald Rivest generated MD4 in 1990 and has influenced the designs of MD5, SHA-1, and RIPEMD algorithms.

Hans Dobbertin has designed the RIPMEND cryptographic hashing algorithm, which has a length of the 164-bit digest. It is created using the EU project RIPE framework.

Encryption is the process of securing sensitive data like usernames, passwords, credit cards, and banking details from the reach of hackers. A piece of unencrypted information is referred to as plain text while encrypted data is known as ciphertext. Plain text can easily be read by hackers that can be used by them for malicious purposes. The ciphertext is a scrambled text that cannot be understood by the invaders if they somehow succeed in intercepting this data. The scrambled information can solely be read by the user who has access to the security key or password to decrypt this data.

Encryption is divided into Two Categories which are explained below.

In this type of encryption technique, only one key is used by both the web server and the user to encrypt/decrypt the data. This key can be a number, a character string, or a word. Both the user and the webserver should have an identical key to complete the encryption/decryption process.

In asymmetric encryption, a pair of keys is used. One is called a public key that is shared among the customer and the website. The second key is the private key that is kept hidden by the administrator of the website. The public key is used to scramble the information coming from the user/browser and the private key is helpful in decoding this data. In this way, the info shared between the browser and the site remains safe and secure.

As the name indicates, this is an encryption technique that takes advantage of the effectiveness of both asymmetric and symmetric encryption to minimize their shortcomings.

Substitution Ciphers: Substitution Cipher as the name suggests replaces plain text with ciphertext with a key and in a specified way. It could be a single letter, triplets of letters, or a mixture of letters. A receiver decrypts the message with the opposite substitution process to get the real message.

Nomenclator Ciphers: Nomenclator is a type of substitution cipher in which specific symbols are used to convert plain text into ciphertext. This cipher uses a sheet of letters, syllables, word substitution table, and symbols that are converted into numbers. Nomenclator was used in the 15th century for political correspondence and spying.

How Does Encryption Work?

Encryption uses a specific algorithm to encode or decode the data. Encryption algorithms are also known as ciphers and are divided into two categories, symmetric and asymmetric:

Symmetric Cipher uses only one key for both the encryption and decryption of data. The user uses the key to encode the information and forwards it to the web server and decodes the data utilizing the exact same key. So, without access to the key, no one can decipher this information even if they know the inner workings of encryption algorithms. Advanced Encryption Standard and Twofish are the most popular symmetric ciphers.

The primary object of encryption is to safeguard the information from spying activities. Plain text information seems a soft target for cyber thieves as they can easily read the passing plain text data between the client and the browser. When you have encrypted the website, it means all the information will be passed between two ends and remains encoded and there is no worry of prying eyes.

Encryption brings some elements with it like confidentiality, strong authentication, limited access control, and data encryption. Encrypted messages are impossible to intercept by another person. It can be only deciphered who has a private key. In case of a breach, a culprit can be traced easily, and a breach can be sorted easily. The certificate authority also authenticates the details submitted to get an SSL certificate.

AES is a type of symmetric cipher that encodes 128 bits of data at a time. The key that is used to decrypt the data can be of different sizes like 128-bit, 192-bit, or 256-bit encryption. The 128-bit key ciphers the information in 10 rounds, the 192-bit key in 12 steps, and the 256-bit key in 14 stages. AES has proven itself to be highly efficient and reliable over the last few years. This method of encryption is widely used by many organizations for both the stored data and the information being transferred between two communicating sides.

RSA being an asymmetric cipher algorithm works on two keys for encryption and decryption of the information that travels between a user and a web server. RSA algorithm works by factorizing the multiple of two large prime numbers. RSA is a weak algorithm because of the different vulnerabilities that have been exploited by hackers many times. This algorithm works slower when a large amount of information requires to be encrypted/decrypted.

Triple DES is the substitute for the DES symmetric encryption algorithm. It has improved the DES cipher algorithm and uses 56-bit key data to encrypt the blocks. It applies the DES encryption process three times on every information set.

Difference Between Hashing and Encryption

Here is a summary of hashing vs encryption: 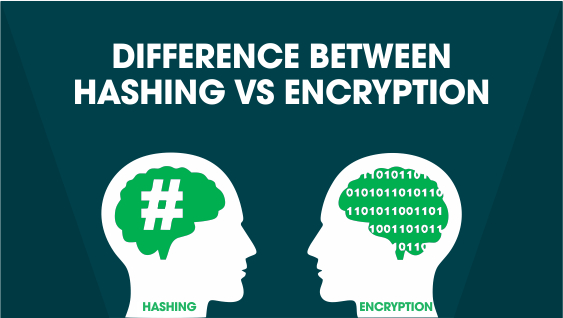 Both encryption and hashing algorithms are used to protect the data from cyber-criminals. But both these schemes work differently in any given scenario. Hashing secures the data from almost all types of attacks, but it is difficult to achieve. So, for this reason, encryption has a more practical use over hashing in most cases. However, their functionality varies with the change in the given situation. Hence, you must select between the two strategies depending on the situation.