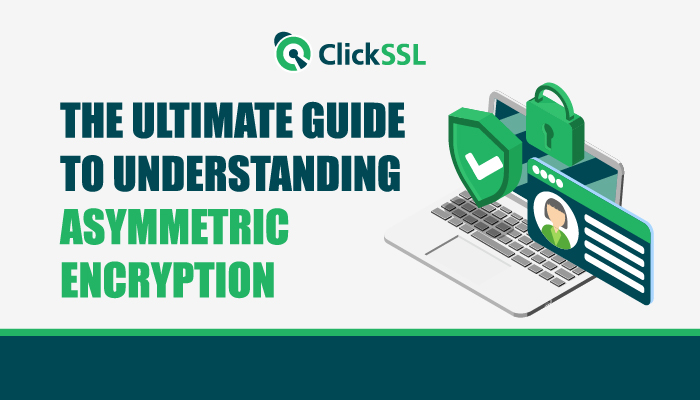 What is Asymmetric Encryption and How it Works?

Learn about what is Asymmetric Encryption, how it works and what it do.

Ever since the market transition from physical to digital is increasing, the security issue is becoming graver than ever. Digitalization has completely enhanced the data collection technique by making it easy to preserve, access and share. Computers and hard disks have become the storage of data and eliminated the need for files and folders.

But this data is at risk of being invaded by hackers and cyber-criminals, either from their storage locations or during the transfer process.

The best way to secure in-transit data is to encrypt the same by installing an SSL certificate.

There are two types of encryption.

This article will discuss asymmetric encryption, its characteristics, it’s functioning, and its pros and cons.

But first, let’s begin with what is encryption.

Encryption is a data protection process, which encodes the information using cryptographic keys and encryption algorithms and creates a non-readable text (ciphertext).

The beauty of encryption security is that only the authorized recipient can decode and access the message since it requires a secret key for the same, which is with the recipient only. 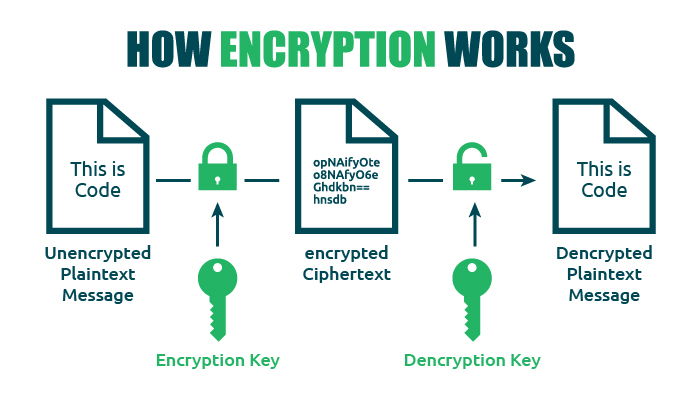 The above image clearly states how the encryption key encrypts the data into an encrypted ciphertext and how the decryption key deciphers the message into plain text again.

There are two types of encryptions, and hence the keys used in the process are either symmetric or asymmetric depending on the type of encryption used.

The digital security key is a string of characters.

An Overview of the Two Types of Encryptions:

As stated above, encryption can be done in two ways.

Symmetric encryption uses only one key to complete the full encryption and decryption process. i.e., the key that encrypts the data is used for decrypting the same too.

We already shared the difference between Symmetric vs Asymmetric Encryption but this article is about asymmetric encryption, so let’s discuss the same in detail.

What Is Asymmetric Encryption? A Definition and Explanation

As stated above, Asymmetric Encryption, or Public-key Cryptography, as you name it, uses a pair of keys for encrypting and decrypting messages. This key pair is mathematically related to each other with algorithms and is called the Public Key and the Private Key.

The Public Key, as the name defines is publicly available for all senders of the message who wish to secure their message with encryption. In contrast, the Private/Secret Key is secured and only accessible to the authorized recipient of the message, who can read the message by decrypting the same.

Whitfield Diffie and Martin Hellman (researchers at Stanford University) were the first persons to suggest asymmetric encryption in 1977 publicly.

This concept was also suggested a few years before these researchers by James Ellis, who worked for the BI (British Intelligence) and GCHQ (Government Communications Headquarters). However, this information remained classified till 1977.

Later these algorithms were independently developed by individual cryptographers and hence were named the same after their discoveries.

Ron Rivest, Adi Shamir, and Leonard Hellman reinvented the RSA algorithm in 1977, which was published (Communications of the ACM) in 1978.

Hence, the RSA algorithm signifies its inventors and is named after them.

In the current scenario, RSA is defined as the basic asymmetric encryption algorithm. This algorithm is used in a majority of the digital securities like SSL/TLS certificates, digital signatures, SSH (Secure Shell), etc.

What Does Asymmetric Encryption Do?

This method is usually used to:

This encryption is quite secured, thanks to its large, distinct, and arbitrary created numeral strings. Websites all around the world use SSL certificates for securing their website data.

Hence, it’s obvious that each website has a unique set of keys for the encryption and decryption process. Just imagine the randomness in strings used in the key generation process, making these keys unique and unpredictable. 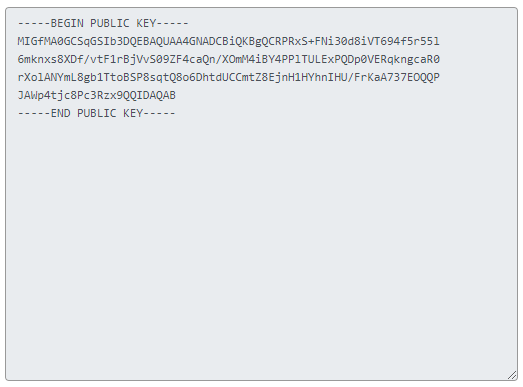 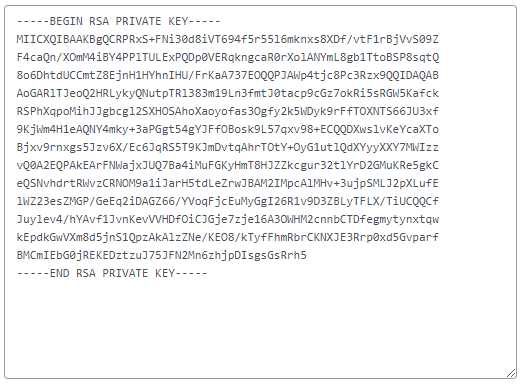 This encryption uses all the popular and secured key exchange algorithms like Diffie-Hellman, ElGamal, RSA, DSA, and ECC. The lengthy keys (1024-bit or 2048-bit), etc., which are used in this process, strengthen the communications between the client and server.

Example: If a key has 2048-bit encryption security, it means that there are approximately 2048 combinations.

Guessing is a tough call when lengthy keys are used in the process, and even if the help of a supercomputer is taken, it takes hundreds of years to guess the same.

This makes asymmetric encryption more favorable as compared to the other web securities.

Non-Sharing of the two keys eliminates the need to distribute the same, and hence confidentiality is maintained in the process.

The sender attaches digital signatures to confidential messages. The same is encrypted with a private key. When the receiver gets the message, he can use the public key to validate the sender’s legitimacy.

Data integrity and data security are ensured in asymmetric encryption.

How Asymmetric Encryption is used in SSL/TLS Certificates:

The key authentication via asymmetric encryption is done by both parties, i.e., the browser and the server. First, they generate a common key (session key) and commence the process via symmetric encryption. This saves a lot of time without compromising on data confidentiality and website security.

This is named the SSL/TLS Handshake Process.

How Does Asymmetric Encryption Work? Let’s Explore This Concept with An Example

Before moving forward to the asymmetric encryption example, let me take an imaginary example that may help you understand this complex process in a simple way.

Suppose you send a treasury box to someone via courier. It would help if you secured it before sending the same. For example, you have a pair of keys, of which one is sent to the box’s receiver. You can secure it with a lock using your key and send the same. The recipient will receive the locked treasure box and open the same with his key and get his valuables.

The above process is used in securing digital information too. The data transfer on the internet always happens in plain text. When the sender has to send a message, he will encrypt the same with an encryption key, and the text will get converted into ciphertext. The recipient of the message owns the decryption key with which they can decipher the ciphertext into plain text and read the same.

Note: The decryption key is a secret key and lies only with the recipient.

The Advantages & Disadvantages of Asymmetric Encryption:

Each digital security has its advantages and disadvantages, and the same stands true for asymmetric encryption also.

Single key sharing in symmetric encryption is risky when more end users are involved. The success and key secrecy are interrelated, i.e., the process is bound to succeed due to the confidentiality of the key. The chances of the key being compromised are very low, which is adverse in symmetric encryption, wherein the key is shared amongst many users.

Two different keys make the distribution task easy. The public key can be used by many users who want to encrypt their information.

But in symmetric encryption, the key distribution process needs to be done with caution because if the key is compromised, it may affect many servers and networks, thus causing damages. 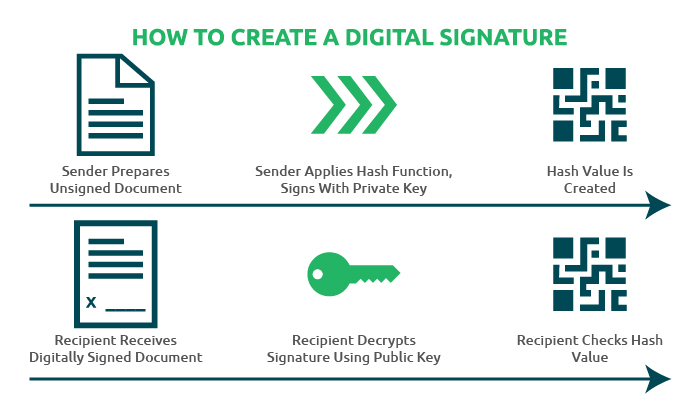 Digital signatures are used to authenticate electronic documents and applications apart from identity verification. They use cryptographic hashes, which allow the recipient to check the legitimacy of the document and judge whether the same is modified or not.

These signatures use an asymmetric encryption method wherein the sender signs the electronic document with a private key via cryptographic hashes. The recipient decrypts the signature using the public key for verifying the hash and the document.

The use of two keys and the length of keys make this entire process time-consuming and complex.

The asymmetric keys are a huge load on the servers due to their length and complexities. Hence, when small data needs to be encrypted, this process is ideal, but as stated before, securing large chunks of data is best done with symmetric encryption.

If the recipient loses the private key, the decryption process becomes impossible, and the recipient will not be able to read the message.

If the private key falls in the hands of an intruder, he can decrypt and read all the messages.

No security is 100% perfect, and neither are the asymmetric encryption algorithms, but still, they offer incredible protection and help create secured tunnels for data communication between third parties.

When SSL certificate security is involved, they use a mixed approach by using these types of encryptions to secure browser-server communications.

I hope the above explanation gives you a clear view of asymmetric encryption, it’s functioning, characteristics, and pros and cons.

There is no doubt that asymmetric encryption paves a secured platform for exchanging confidential information, which helps propel the e-commerce industry to greater heights.